Allonby is an attractive village situated on the Solway coast between Maryport and Silloth. It is famed for its spectacular sunsets over the Solway Firth and Scottish hills, whilst inland can be seen the Lake District fells. The area around Allonby has been designated an Area of Outstanding Natural Beauty, and the sandy beach has won several Seaside Awards.

The current population is around 440, which increases to around 2000 in the summer months when the caravan sites are open.

Facilities are reasonable for the size of the village. There is a Church, a primary school, two hotels, several shops and food outlets, and a leisure complex attached to one of the caravan sites. A hall us available for public use. A mobile butcher visits on a weekly basis, and a mobile post office visits every Thursday morning. A bus service connects Allonby with Maryport and Silloth, but there is no evening or Sunday service.

There are few employment opportunities in Allonby. Many of the resident population are of retirement age, and of the remainder most commute to one of the larger towns in the area.

Allonby history goes back many hundreds of years and there are several interpretations of the origins of its name. The most popularly accepted version connects the name with Alan, son of the second Lord Allerdale. Alan founded Holm Cultram Abbey and chose to live in what thus became known as Alan Bay as a retreat for peaceful meditation. Until fairly recent times Allonby, in common with most villages, had to be self-sufficient. The village contained several public houses and hotels, and a range of shops sufficient to support the inhabitants requirements. The main industries were herring fishing and weaving, with the cloth being laid out on the greens to bleach in the sun. The dependence on the herring shoals is shown by the fact that herrings feature prominently in the Allonby coat of arms. Farming has always played an important role in the village economy, and ship- breaking was another money-making enterprise. In the late eighteenth and early nineteenth centuries, its fresh air and pleasant situation led to Allonby becoming a popular seaside resort. In 1835 the Baths, built by public subscription and containing a suite of hot, cold, and vapour baths with a ballroom above, opened.

Despite its small size, Allonby has several other impressive buildings. The Reading Room was erected around 1862, funded partly by local donations and partly by Joseph Pease, a Quaker industrialist. It was designed by Alfred Waterhouse who went on to become the architect for Manchester Town Hall and London Natural History Museum. Derelict for many years, it is now being restored as a private residence.

North Lodge was built around 1840 by Thomas Richardson of Darlington. The central section served as a summer residence, and at each side were three smaller cottages which were occupied rent-free by local widows or spinsters.

Two of Allonby most famous visitors were Charles Dickens and Wilkie Collins who stayed at the Ship Hotel in 1857. Their visit is documented in Dickens Lazy Tour of Two Idle Apprentices.

Allonby’s most famous son is Captain Joseph Huddart (1741-1816), mariner, hydrographer, chartmaker and inventor. A large memorial to his memory is situated in Christ Church, Allonby.

It would seem fitting to include some lines by Joseph J Heskett (1865-1951) Â Allonby’s Shoemaker Poet. During his long and interesting life he wrote over 500 poems, and though he emigrated to Vancouver in 1911 he never forgot his Allonby roots.

From Allonby on a Summer Morning:

The surf-swept shingle beach with gentle rise Stretches along as far as eyes can scan.
The pretty white-washed village snugly lies, The fairest spot to me or any man. 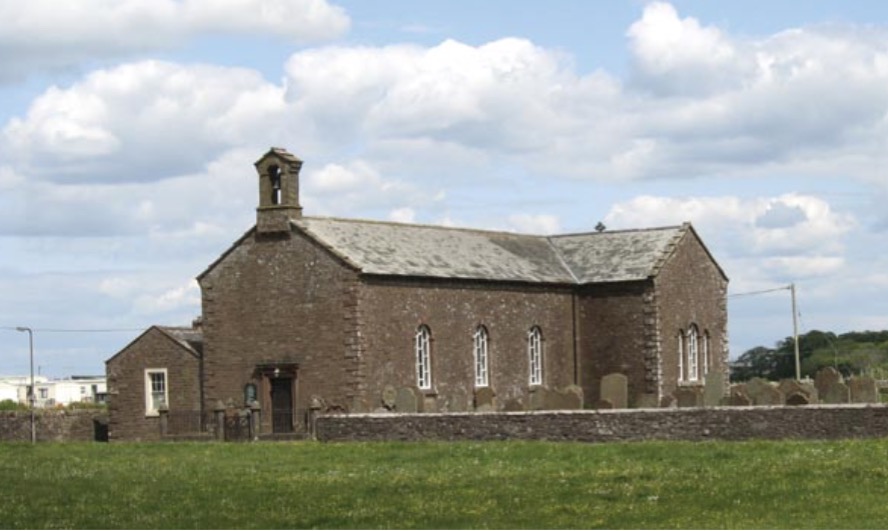